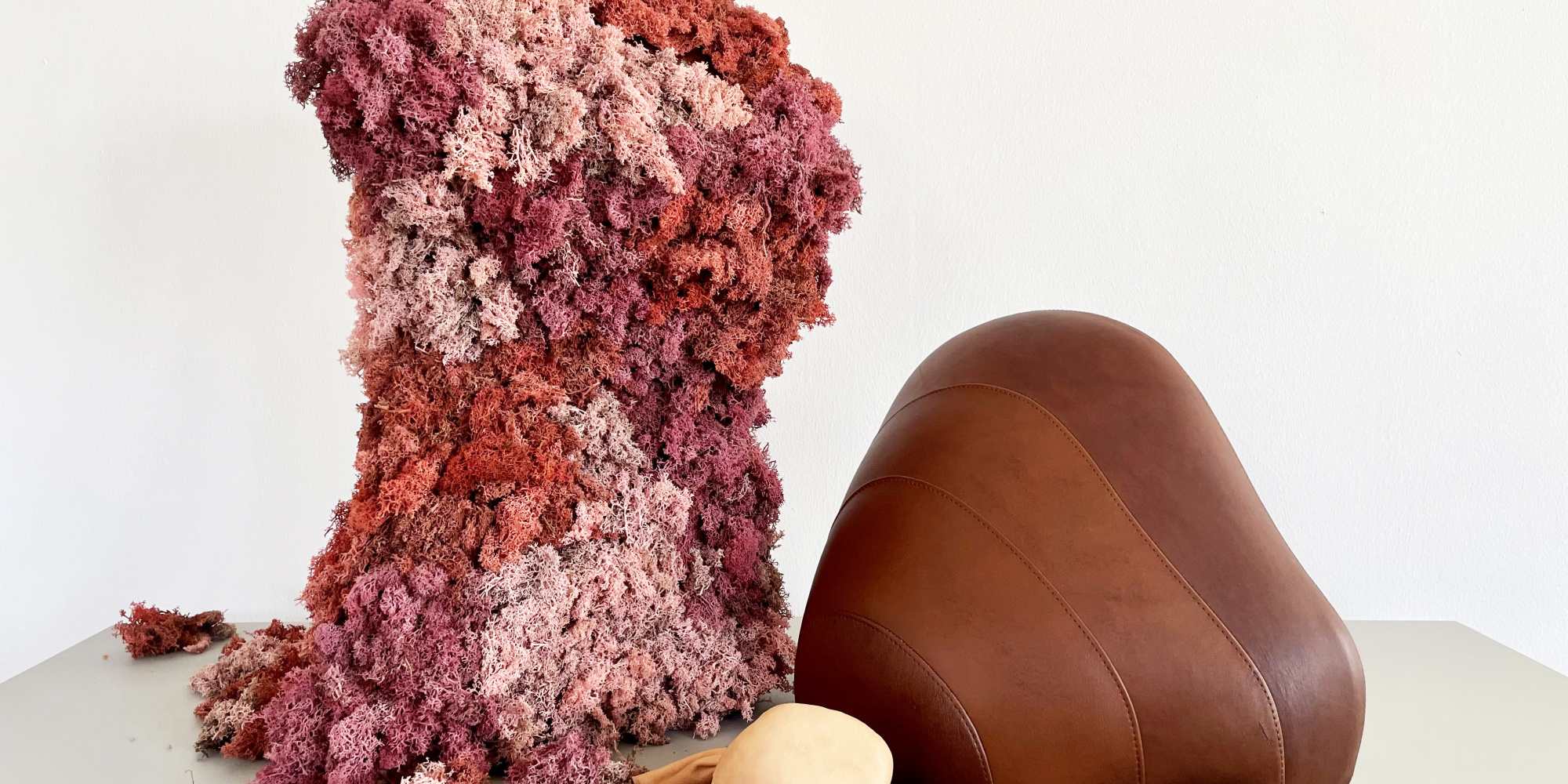 Grefmar+Hederström invites you to the creative world they are in during the spring of 2021. A landscape shaped by waste from the studio and other local manufacturers.

The pandemic has forced Grefmar+Hederström to work more separately. Carina Grefmar has experimented with leather's possibilities for future projects, as always based on the discarded leather with beauty spots. A natural continuation of the Ticka project. Louise Hederström has investigated and shaped discarded lichen from Nordgröna's production of sound absorbers. She pushes the boundaries of what is considered junk or product in a series of handmade mirrors. Together, this forms the Leftover landscape displayed in Studio Carina Grefmar's two shop windows, available day and night. 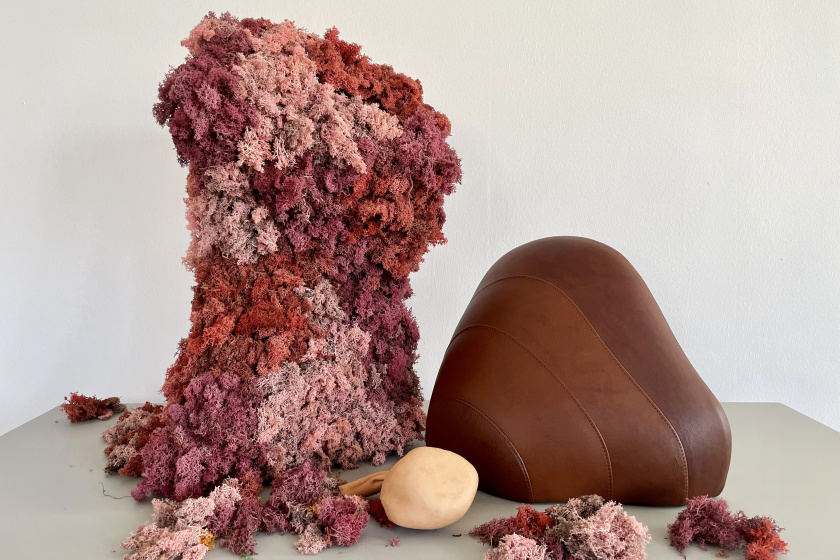 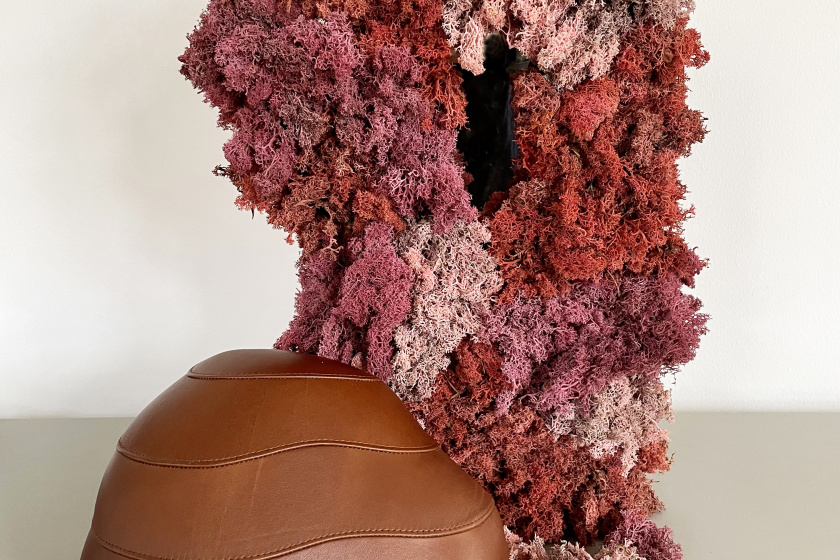 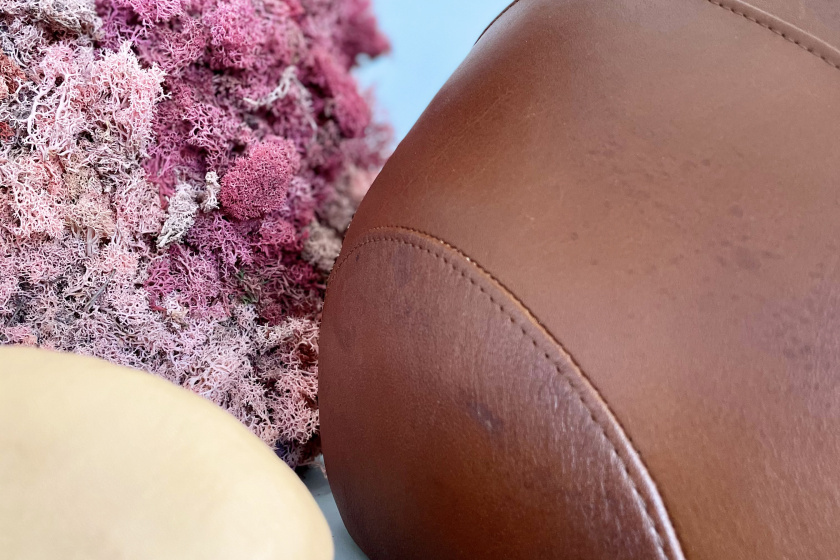 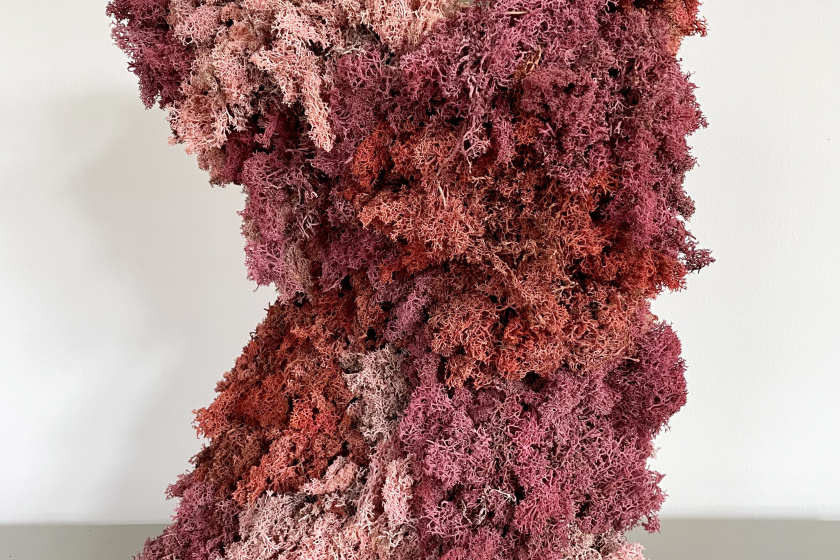 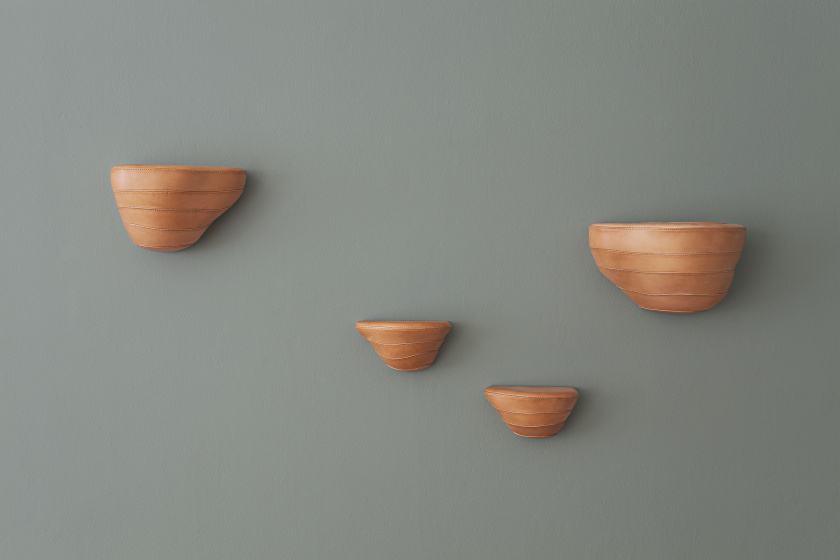 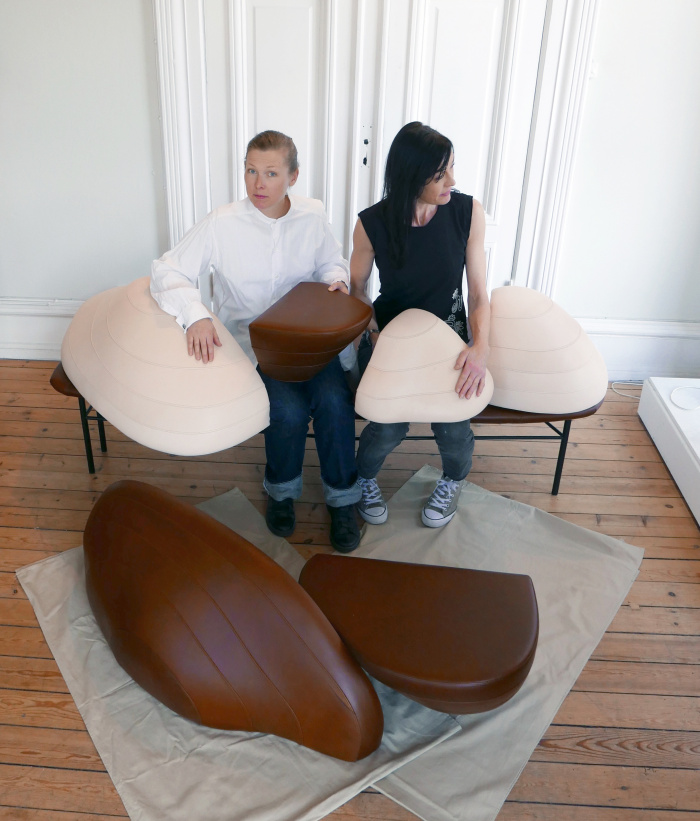 Since the start of the collaboration, which began in 2015, upholsterer Carina Grefmar and furniture designer Louise Hederström have explored the meeting between craftsmanship and design. Based on residual leather and third-grade leather, they produce high-quality sculptural furniture with nature as inspiration. Ticka projects and Masur poufs have been shown in numerous exhibitions and they are represented by Hostler Burrows gallery in both New York and Los Angeles.

Carina Grefmar is a furniture upholsterer based in Malmö since 1999. With a special focus on modern furniture classics she re-covers all types of furniture, particularly with leather. She often with assignments from some of Sweden’s leading design and antique dealers. Carina also works on special projects such as prototype development together with designers, as well as whole interiors.

Louise Hederström is a furniture designer based in Malmö. After graduating in 1998 from Beckmans School of Design in Stockholm, she now has an extensive business as a designer. Her clients include some of the most respected manufacturing companies in Scandinavian design, such as Skandiform, Offecct, Skagerak and Maze Interior.