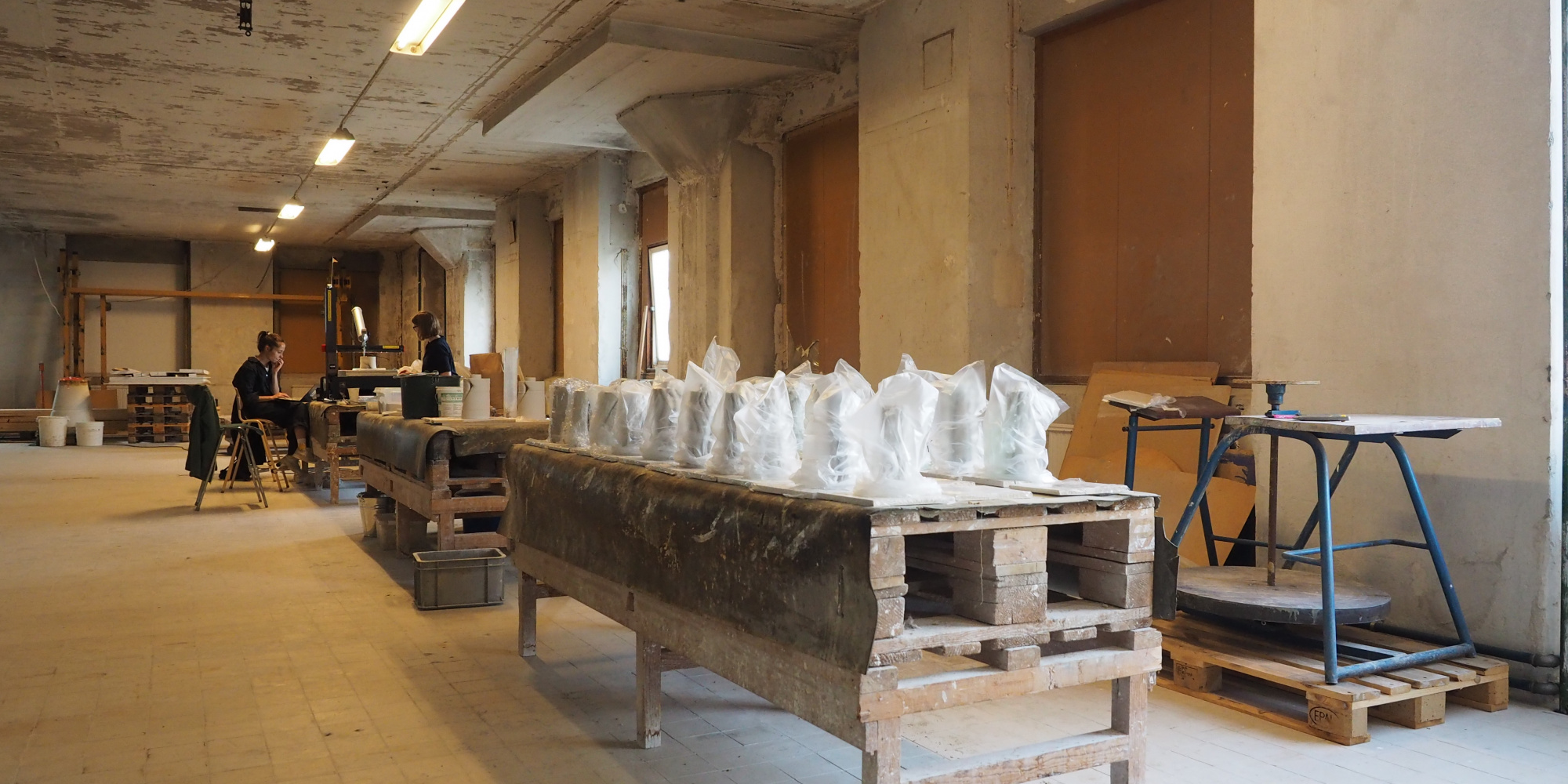 Which are the possible synergies between education, the arts and industry?

In Spring 2020, a special collaboration between Lund School of Architecture (the master studio Spatial Experiments) and the artist-run culture house Ifö Center started.

Ifö Center is located within the Ifö Industrial Park in Bromölla, Sweden. The factory is one of Sweden's older centers for ceramic production, with industrial activity dating back to the 1880s. Historically, the clay is locally sourced just outside the factory, Kaolinite from the Ivö-lake.

Ifö Center hosts a diverse range of artists, activities and collaborative projects. Within the walls of the factory, you can find artists and craftsmen, various workshops, Artist-In-Residence programs and much more. Read more about Ifö Center on their website: http://ifocenterenglish.weebly.com/

The master studio Spatial Experiments at Lund University is a learning platform which is greatly influenced by digital design, fabrication and computational processes. The architecture students explore numerous themes, including 3D-printing for the built environment.

The exhibition will showcase the process, experiments and result of the collaboration between Ifö Center and Spatial Experiments.

The philosophy of the studio Spatial Experiments is to embrace the possibilities which digital design and fabrication gives us, both as designers but also as inhabitants of our built environment. The studio aims to revive the pre-industrial notion of mass-customization with the aid of digital fabrication tools such as 3D-printning, CNC-milling and robotic manipulation. Many qualities within our built environment can be enriched by mass customization, such as aesthetic variation, sustainability and structural performance.

Explorations within the subject gain substance and create synergies when made together with other sectors, such as the arts and the industry. The combination between the Architecture Schools expertise within 3D-printing, Ifö Centers expertise within clay and the rich ceramic history of Ifö Industrial Park laid out the base for a very interesting project. A large part of the process circulated around the meeting between digital design and fabrication. When using algorithms and digital fabrication to maximum potential, one needs design and construction to take each other into consideration simultaneously: the design process is circular rather than linear.

Early in the project, the aim was to construct a large-scale pavilion out of 3D-printed ceramics, to be constructed in Bromölla, at Ifö Center. Hence, the design process circulated around the balance between the small and the large scale, the size restrictions of the printer and the ambitions of an architectural spatial experience.  The timeline was divided into two parts, the first being design process and research at Lund University, the second being production and construction at Ifö Center, in Bromölla. However, the pandemic was to restrict the second part.

The students got to make an inspiring trip to Ifö Centers facilities in the Ifö Industrial Park before the travel restrictions were imposed. The studio was also able to travel to Keramiskt Center in Höganäs, to conduct a pro-bono ceramic workshop and learn more about the Swedish ceramic heritage.

During the research phase, students commenced their design work by what is called a “design charrette”, a fast competition-style process. Regarding the global scale, the design would benefit from being dynamic. In other words, a design needed to be created which would be “complete” regardless of how many parts where made. The students landed in four different aggregational systems. All dynamic, with diverse expression and construction logic.

The workflow of ceramic 3D-printing is similar, yet different, from 3D-prinitng in plastic. In comparison, the properties of 3D-printing clay include no self-binding, a low overhang tolerance and a non-desire for non-removable supports. The material needs a second processing, firing, to become structurally sound – plastic on the other hand hardens as soon as it has been extruded for a few seconds. 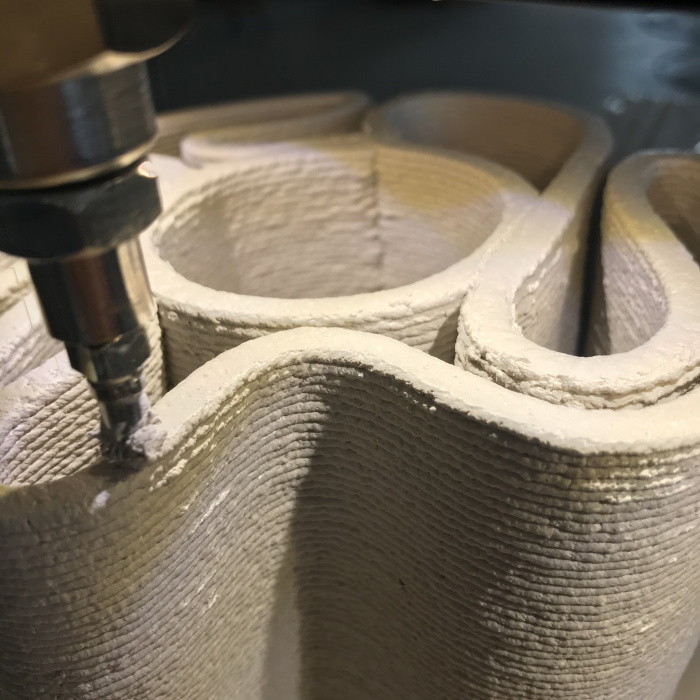 3D-printing at Ifö Center - Close up of MIA mix with chamotte. 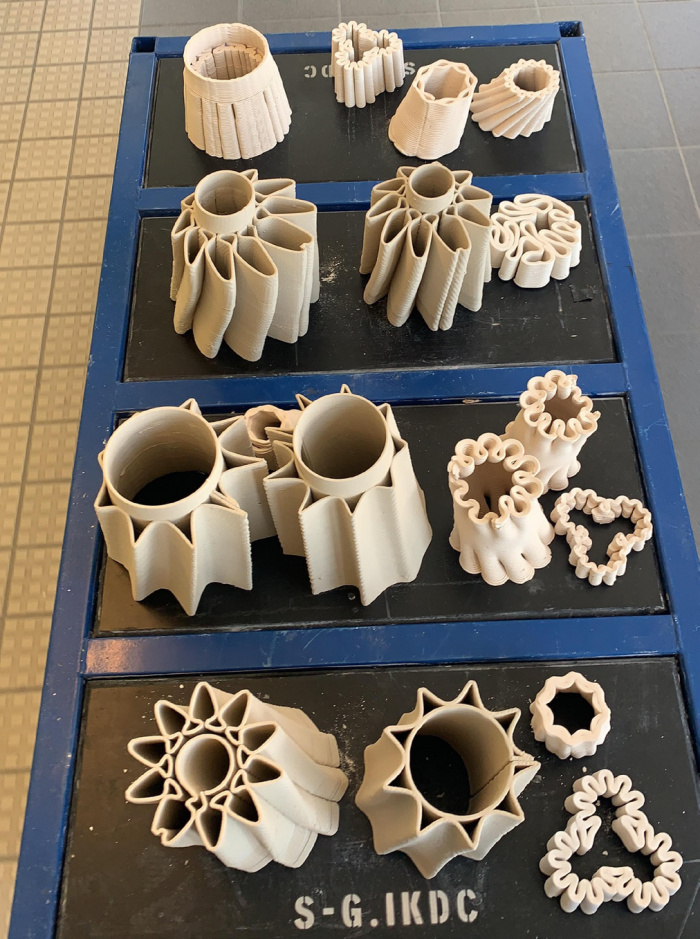 During the Summer of 202, a small group consisting of the studio teachers and a handful of (at that point, former) students travelled to Ifö Center to print a prototype out of the local MIA mix, on site. An opportunity to use an old, local, clay mix and fabricate with in in a new way. 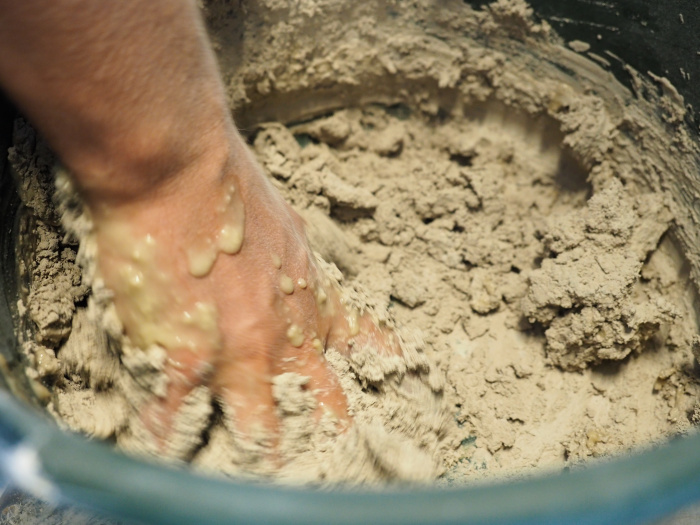 3D-printing at Ifö Center - mixing MIA clay by hand and iterativly finding out the best ratios.

Below, you can see a montage of the final prototype. At a later stage, mortar will be introduced in between the bricks, as well as a supportive spine. 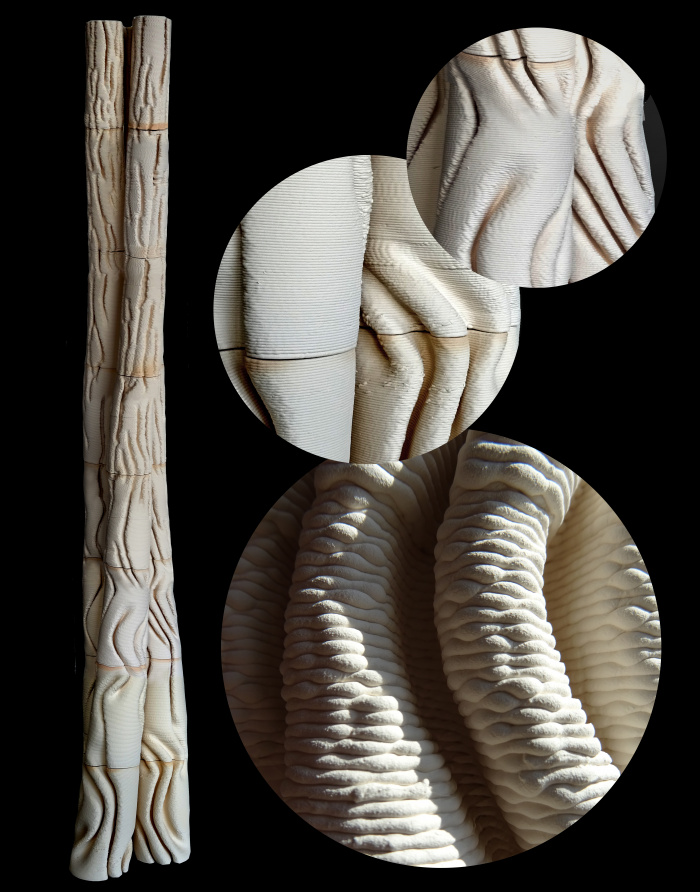 This collaboration continues as well the developed relationship and synergies between Ifö Center and LTH. More images of the process are posted below. 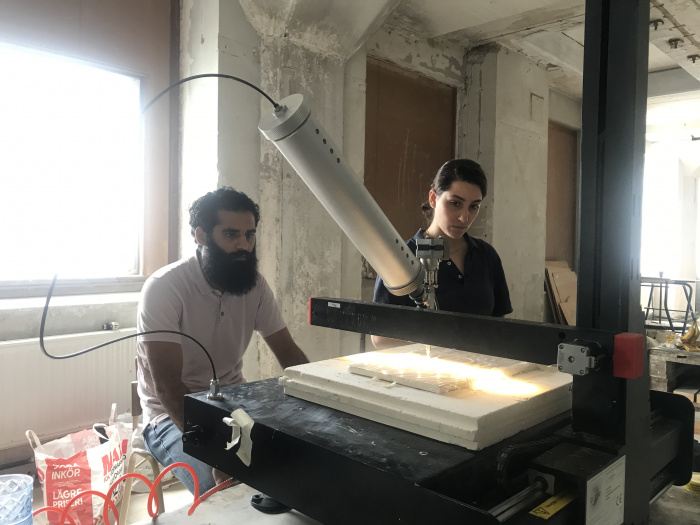 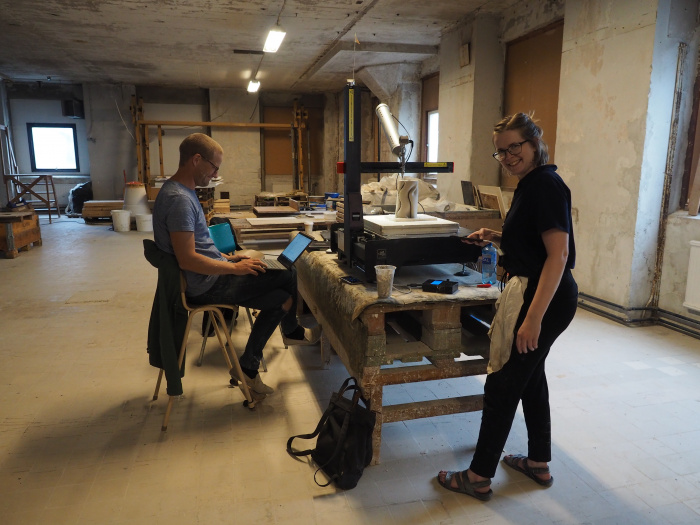 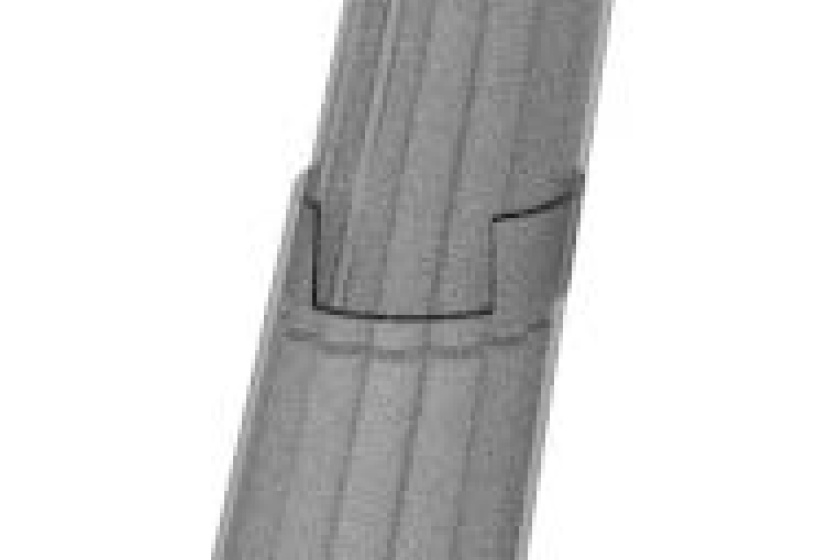 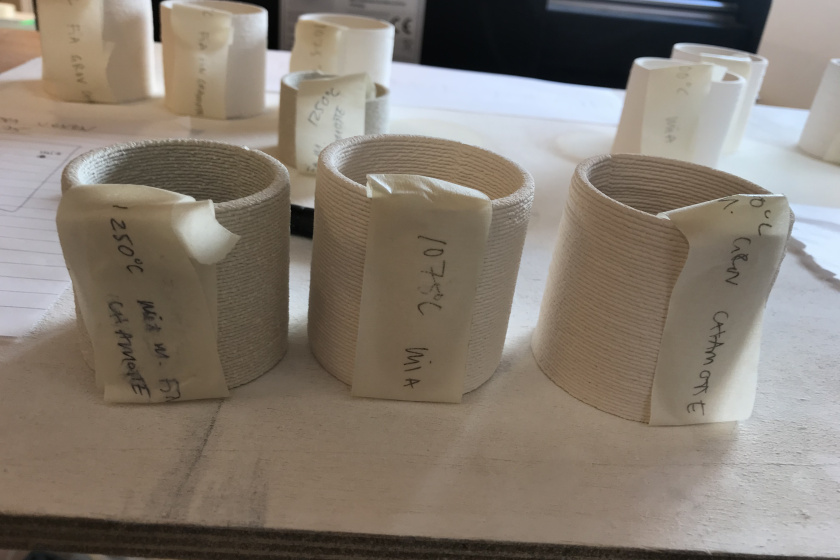 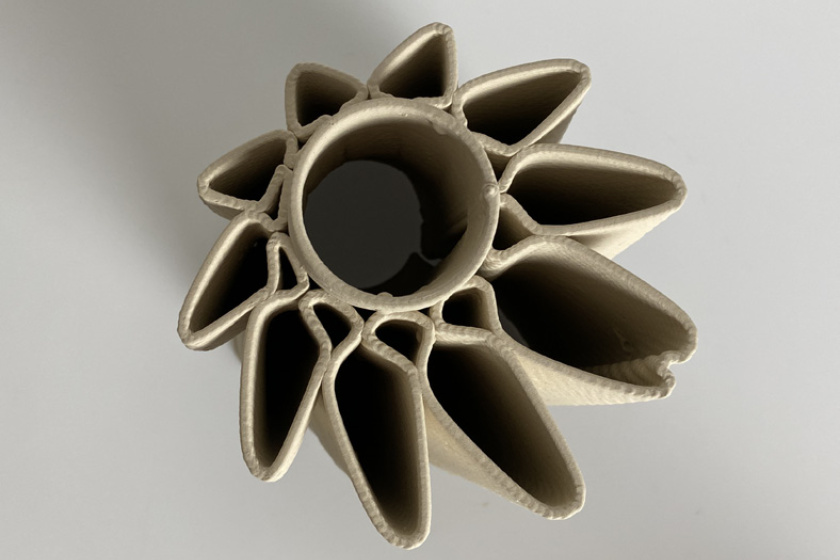 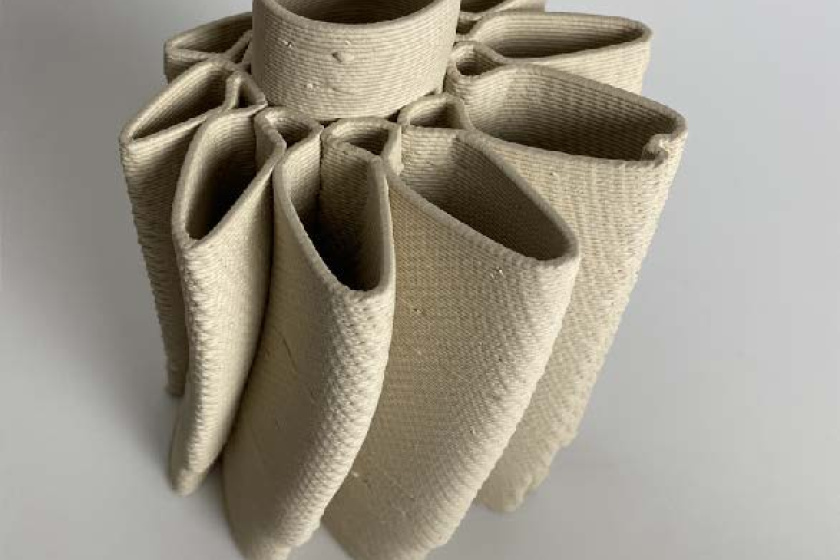 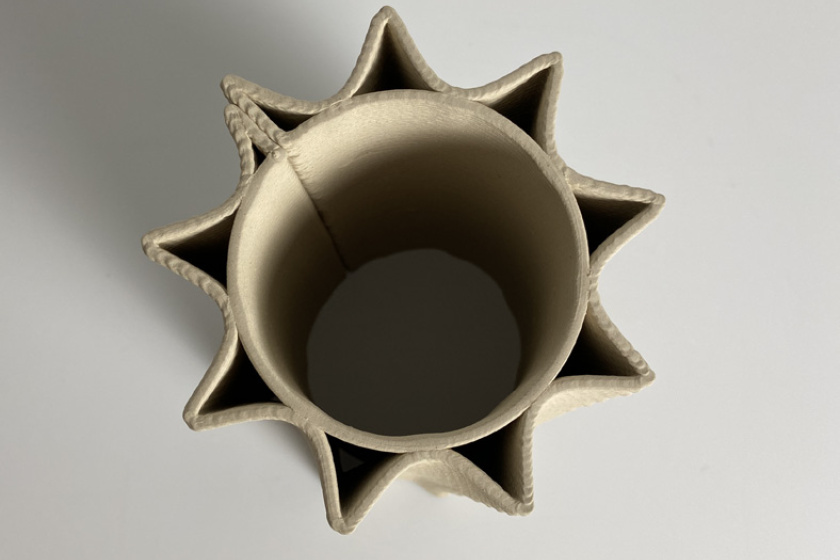 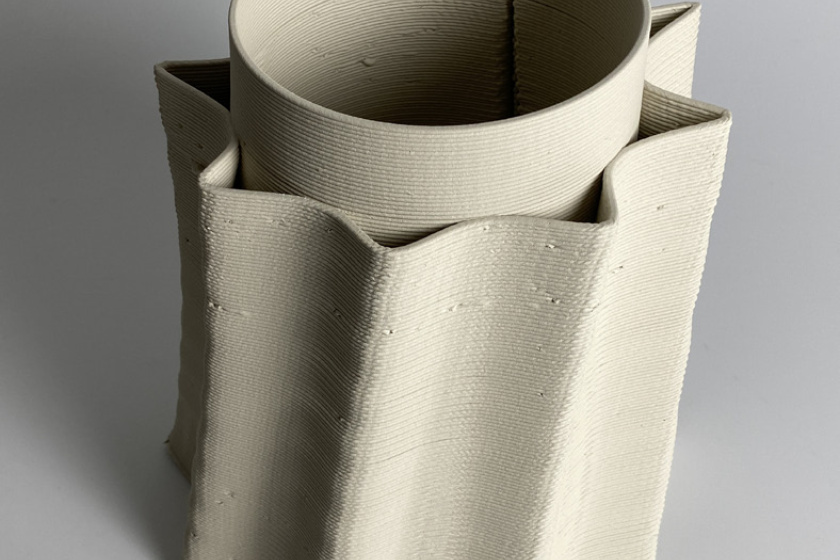 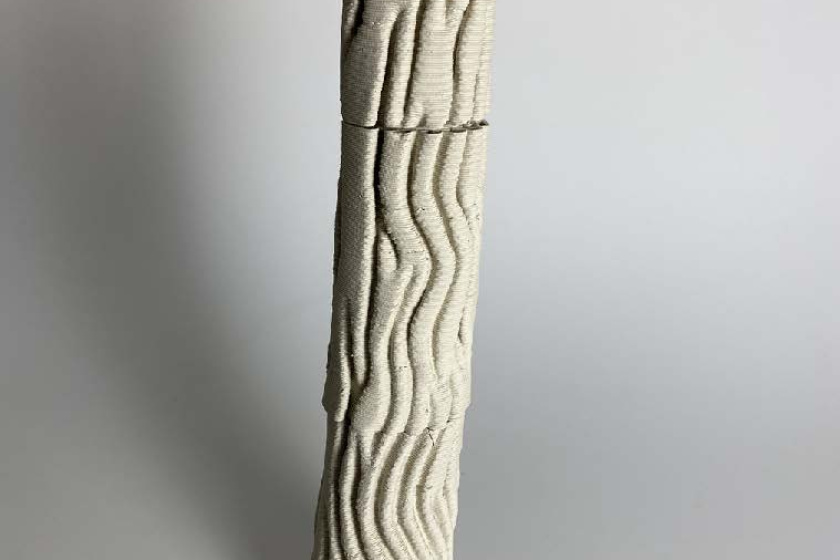 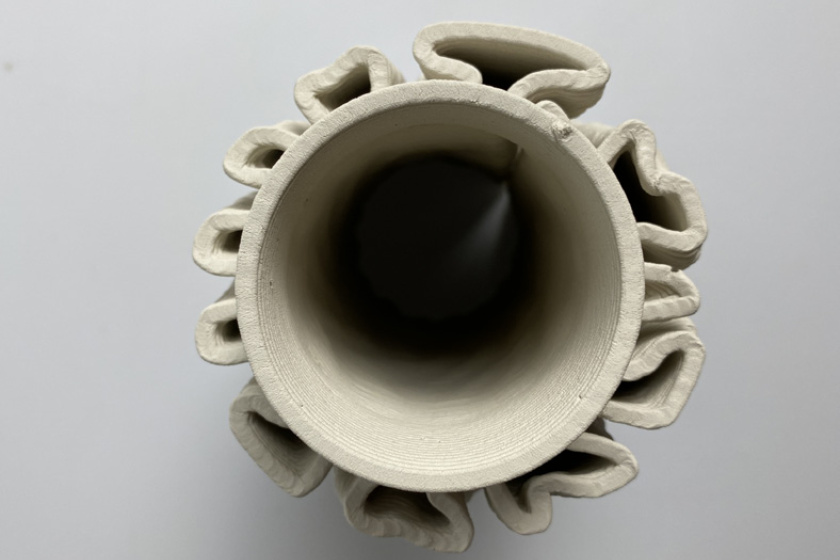 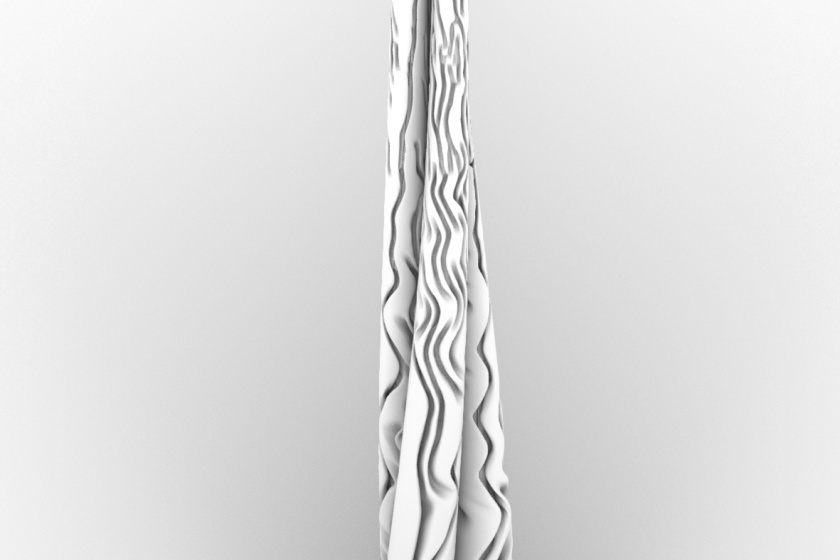 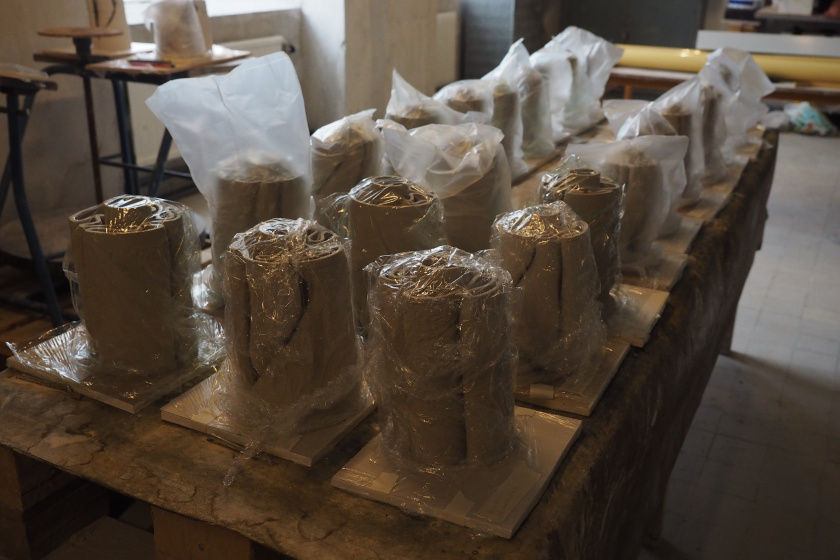 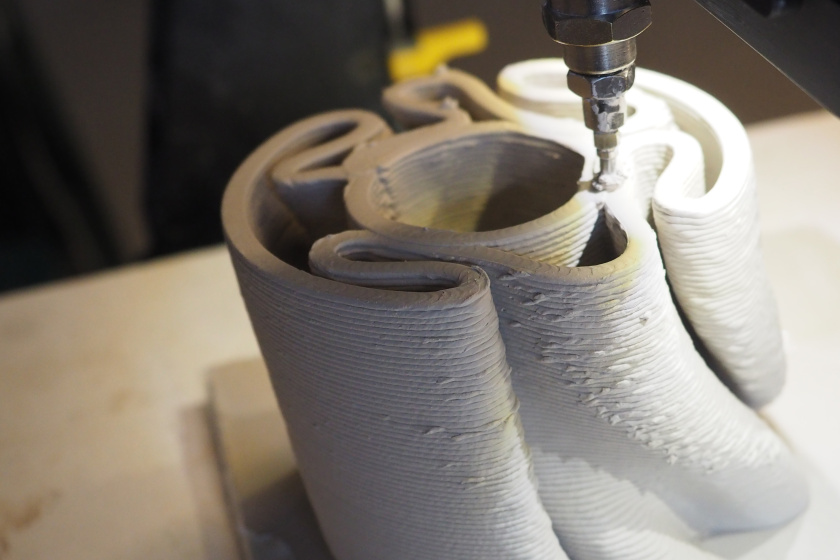 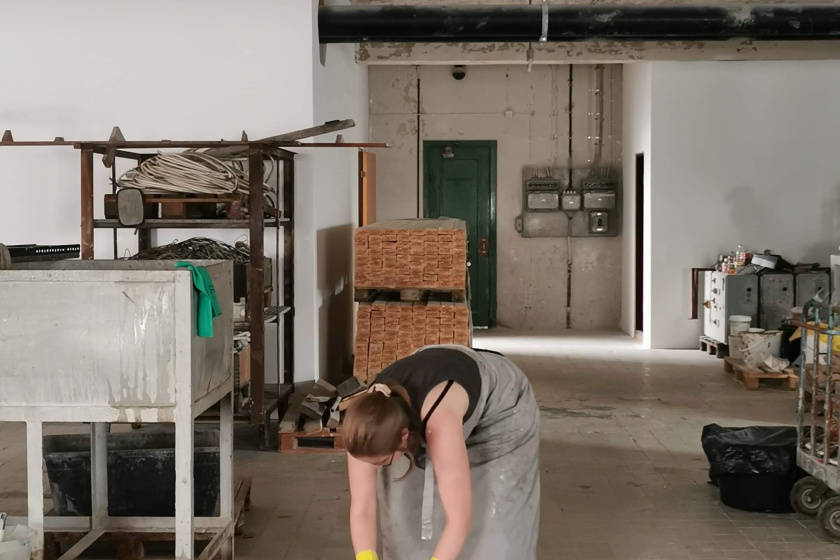 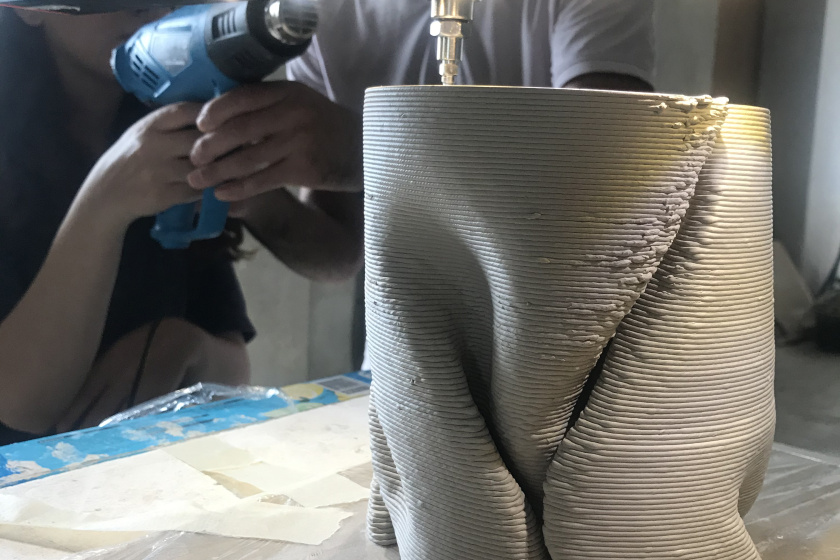 The master studio Spatial Experiments at Lund University is a learning platform which is greatly influenced by digital design, fabrication and computational processes. The architecture students explore numerous themes, including 3D-printing for the built environment.

An independent bank that contributes to a better financial everyday life for everyone.

Ivetofta Sparbank attaches great importance to community involvement and projects, which create operations and benefit many in the municipality.

Our work to promote development takes place mainly through the bank's support, both financially and with commitment, activities in culture, sports, business and society.

Bromölla Municipality is located in eastern Skåne County. Bromölla municipality carries an interesting and unique cultural heritage created by the people who lived and worked here.

The town of Bromölla, which grew up around Iföverken, is the largest urban area in the municipality. Näsum, which is an old cultural area, is the municipality's second largest town. Other urban areas with significant cultural heritage include Gualöv, Valje, Edenryd and Nymölla.

Bromölla Municipality is the sponsor of the project.

Kanozi are driven to design creative and dynamic architecture. We know that good architecture affects people positively and leads to a more socially and ecologically sustainable society.

Kanozi is a sponsor of the project.